ClearB is funded by Morningside Ventures.

The development team is based on Concord, MA. 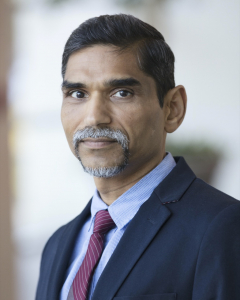 The discovery team is based at the Victorian Infectious Disease Research Laboratories in Melbourne, Australia. Aditi brings 10 years of experience leading early-stage biologic drug development programs from discovery into clinic. Her experience has spanned across multiple therapeutic biologic modalities, ranging from monoclonal and bispecific antibodies, fusion proteins and recombinant enzymes. Prior to ClearB Therapeutics, Dr. Deshpande has served as the project lead for an immuno-oncology program at Epsila Bio, has led antibody discovery programs in the auto-immune disease space at Visterra and oral enzyme based therapeutics in the metabolic and nephrology spaces at Allena Pharmaceuticals.  Dr. Deshpande has received her bachelor’s and master’s degrees in chemical engineering from University of Mumbai and University of Delaware and a Ph.D. in biochemistry & biophysics from the Brandeis University.  Prior to her doctoral work at Brandeis, she worked on several oncology programs across various stages of development at Amgen in the drug product and device development group. In addition to leading pipeline programs, Dr. Deshpande has contributed to evaluation of new targets and indications across multiple therapeutic areas and has supported business development through assessment of technology fit and due-diligence for partnerships with external companies.

Wendy Luca, MSN, comes to ClearB with over 30 years of clinical development experience leading program execution in large pharma, small biopharma and contract research organization settings. Prior to joining ClearB, she held positions at Pinteon, Pfizer, Bristol-Myers Squibb and Covance supporting multiple therapeutic indications at all phases of development from pre-IND through to regulatory filing. She is highly experienced in effectively managing the complexities of operationalizing early phase biologics programs. Wendy’s project management expertise and network of contacts throughout the industry make her uniquely positioned to help steer ClearB’s clinical program forward. She holds an MSN degree from the Yale University School of Nursing and a bachelor’s degree in experimental psychology from Albertus Magnus College.

Aileen joined ClearB in October 2018, and was promoted to Chief Executive Officer in September of 2021, bringing over 15 years of experience in drug discovery and early development with a successful track record of progressing therapeutics candidates into clinic. Prior to ClearB, Dr. Rubio was Head of Biology at Spero Therapeutics where she built and led internal microbiology and in vivo pharmacology efforts, managed external collaborations, and led several discovery projects . These included the development of MvfR regulation inhibitors in collaboration with Roche and SPR720 (in licensed from Vertex), for non-tuberculous mycobacteria. Her team also advanced the development of the company’s pipeline products Tebipenem HBr, an oral carbapenem for the treatment of complicated urinary tract infections and acute pyelonephritis and SPR206, a next generation polymyxin analogue to treat MDR gram-negative bacterial. Following a short stint at Dow Chemical Company (now Pfenex, Inc), she joined the microbiology group at Cubist Pharmaceuticals where she was Director of In Vitro Biology & Infectious Diseases and worked on numerous antibacterial discovery projects, managed the in-house microbiology, biochemistry, and natural products functions, and provided support for business development activities.

Bharat has more than 15 years of experience in the biotechnology industry, with a focus in the areas of bioprocess & analytical development, as well as drug formulation including fill-finish, cGMP manufacturing, and project leadership. Bharat’s CMC expertise ranges from small molecules to complex biologics, vaccines and live biotherapeutics (microbiome). Prior to joining ClearB, Dr. Dixit led process and product development teams at Finch Therapeutics he successfully oversaw development and manufacturing for the company’s lead candidate, CP101, currently in late-stage clinical development for recurrent C. difficile infection (CDI). Prior to Finch, Bharat led teams at Gencoea Biosciences and Sanofi focused on development of several vaccine products.

As the Chief Operating and Business Officer at ClearB Therapeutics, Jennifer serves as the key strategic leader overseeing both our business development and business operations divisions. She brings more than 15 years of experience in the biotech industry-leading high-performing teams, directing innovative development strategies, and executing operational excellence from early-stage drug discovery through NDA/BLA filing and into commercial launch. Prior to joining ClearB, Jennifer was the Senior Director Program Management at Seres Therapeutics where she ran the successful development of SER-109 for recurrent C. difficile into Phase 3, and SER-287 for ulcerative colitis into Phase 2 as well as the early-stage development of several other assets in the Seres’ portfolio. She has also held several leadership roles of increasing responsibilities at Merck and Cubist. Jennifer holds a Master of Science (M.S.) Project Management & Global Business from Boston University and a B.A. English, Spanish, and Women’s Studies from Fairfield University.

Chris Stevens holds a BA in chemistry from the University of North Carolina at Chapel Hill, an M.D. degree from the University of Miami in Florida, and attended management classes at the Harvard extension school. He has been an invited speaker to graduating gastroenterology fellows and the Harvard translational medicine course regarding careers in the biopharmaceutical industry. He has over 20 years of biopharmaceutical drug development experience.

Chris began his career as an academic gastroenterologist with 10 years of clinical and research experience at Beth Israel Deaconess Medical Center in Boston, Massachusetts as an assistant professor of medicine at Harvard Medical School where he was an NIH funded physician scientist in the field of mucosal immunology in the context of inflammatory bowel disease with over 30 peer-reviewed publications. Chris left academia in 1998 to join Circe biomedical as its Medical Director developing a bioartificial liver, a combination cell therapy/device product for the treatment of fulminant hepatic failure. Following Circe, he was medical director at Altus Pharmaceuticals developing liprotamase, a pancreatic enzyme replacement therapy for the treatment of exocrine pancreatic insufficiency. Since 2004 he has been an independent consultant for over 40 companies with a focus on drug development of therapies targeting not only gastrointestinal diseases, but also other indications including hereditary angioedema, arthritis, diabetes, hepatitis and oncology. He has worked in all phases of drug development from pre-IND to NDA, BLA and MAA filing, orphan drug and fast track applications and FDA advisory committee presentations.

Shannon Foley has over 15 years of financial experience in various industries including the life science space. She has lead finance teams through significant change, streamlining processes and developing partnering relationships to support corporate objectives for rapidly changing companies. Most recently she served as the Senior Director of Accounting for Ameresco. Shannon started her career at PwC where her focus was on life science and public companies. She is a certified public accountant and earned her bachelor’s in accounting from the University of Rhode Island.

Shannon is the Senior Director, Head of Finance, of ClearB Therapeutics where she is responsible for financial planning and operations.

Hans Netter completed his undergraduate studies at the University of Kiel, Germany, his Diploma degree (MSc) at the University of Heidelberg, and his doctorate at the University of Munich (LMU), and Max-Planck Institute for Biochemistry, Germany, followed by postdoctoral training at the Fox Chase Cancer Center, Philadelphia, PA, USA. He held an academic position at the Department of Microbiology, Monash University, Melbourne, Australia between 2002 and 2015 with research and teaching responsibilities. Hans currently holds a professorial position at the Victorian Infectious Diseases Reference Laboratory (VIDRL), Melbourne Health at the Peter Doherty Institute, Melbourne since 2016. He is member of the ClearB discovery team at VIDRL since 2017.

Hans has a successful track record in viral hepatitis research, and he and his team developed innovative research programs in the area of bio-nanotechnology and vaccination strategies. He has established research programs in the area of emerging viral diseases for the identification of therapeutic and diagnostic targets. Hans is invited reviewer and panel member of various national and international funding bodies, such as National Health & Medical Research Council (NHMRC), Australia, Swiss National Science Foundation, Israel Science Foundation, and Japan Agency for Medical Research and Development (AMED). He serves as a scientific advisory panel member for international conferences on Virus-like particle & Nano-particle vaccines.

Renae Walsh, completed her Bachelor of Science (Hons) at the University of Melbourne, majoring in microbiology and immunology (2000). She was awarded her PhD in the field of medicine (neuroscience) from Monash University (2002-2005). Her post-doctoral training was undertaken at Commonwealth Scientific and Industrial Research Organisation (CSIRO), Australia (2005-2007), and Victorian Infectious Diseases Reference Laboratory (VIDRL), Australia (2007-2009), developing her scientific expertise in virology, protein chemistry and antibody engineering. Renae’s research achieved the discovery of a novel therapeutic antibody domain, developed as an ‘intrabody’ to function inside infected cells to disrupt immune tolerance. Renae further developed her scientific interests and research group at VIDRL (2010-2018), which focused on the molecular proteomics of hepatitis B virus (HBV) surface protein to predict clinical response during chronic disease, towards understanding how antibody responses might be harnessed to promote viral clearance and cure. Her research achieved the development of a novel biomarker assay predictive of clinical response on therapy, and her translation of underlying observations contributed to the development of novel therapeutic vaccine and serotherapy strategies to achieve functional chronic hepatitis B (CHB) cure. Since 2017 she has consulted on the therapeutic development of these research breakthroughs which form the scientific basis of ClearB Therapeutics.

Professor Locarnini is a past director of the World Health Organisation (WHO) Regional Reference Laboratory for Hepatitis B and D for the Western Pacific Region (WPRO). His current major research interests include viral hepatitis, hepatitis vaccines and antiviral chemotherapy with an emphasis on the basic virology of the various agents of hepatitis, the molecular pathogenesis of hepatitis, as well as prevention and public health control measures.

Curative treatments for hepatitis B infections with antiviral agents represent the current focus for Professor Locarnini who is also interested in intellectual property issues when applied to clinical and diagnostic virology. He is a named inventor on over 20 internationally granted patents.

He worked at the Victorian Infectious Diseases Reference Laboratory (VIDRL, originally Fairfield Hospital Virus Laboratory) from 1989, as Director of Laboratory Services from 1990 to 1998 and, in 1993, he oversaw the amalgamation of all the Fairfield Laboratories into the one service of the VIDRL. He subsequently assumed the position of Head, Research & Molecular Development of VIDRL when the laboratory relocated to Melbourne Health in 1998.

Professor Locarnini is the recipient of numerous awards including the European Association for the Study of Liver Disease (EASL) International Recognition Award in 2010, the Malaysian Liver Foundation’s Medal for work on Viral Hepatitis in 2003 and the Gastroenterological Society of Australia (GESA) Distinguished Research Prize in 2013. In 2019 he received the William H. Prusoff HEP DART Lifetime Achievement Award. He is author of 289 peer-reviewed articles, 24 invited editorials and 100 book chapters and reviews and every year delivers numerous invited, plenary, and named lectures at major international meetings and conferences.

Professor Locarnini currently has an academic appointment at the University of Melbourne.

He is a member of the Scientific Advisory Board of a number of emerging as well as established pharmaceutical and biotechnology companies. In 2017, he co-founded the biotech start-up company ClearB with the Morningside-Newton Investment group in Boston, USA focusing on curative strategies for chronic hepatitis B. He is also the Hepatitis Virus Editor for Antiviral Therapy.